Upgrading IT Infrastructure: A Good Move for Your Budget 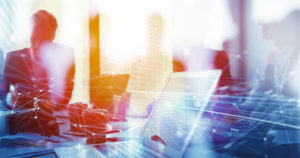 For many organizations, upgrading IT infrastructure lingers at the bottom of the priority list. The anticipation of going through a big process to choose, purchase, and integrate new equipment seems too daunting compared with the simple alternative of extending a maintenance contract or investing in a few smaller upgrades.

Therefore, it’s important to ask the hard questions and realize when it starts costing your company more to extend the usefulness of your current infrastructure rather than investing in a replacement.

The general rule is that your maintenance contract will begin to tax you after the third year, with a steep increase in costs. You may even see a double-digit increase as you move into your fourth and fifth years. Nevertheless, when those increases are still dwarfed by the cost of a total equipment upgrade, it’s often more palatable for management to accept the increases.

While the increases may pinch your budget a bit, the pain won’t be enough to motivate your decision-makers toward an IT infrastructure in a single year. It’s when you begin to add up the support costs over a period of a few years that the numbers become clearer. The problem many IT teams face is that they tend to look at the cost only in terms of the current year or the following year, forgetting the impact over several years of extending a maintenance contract.

Calculating the total cost: There’s more to the cost of aging infrastructure than just the maintenance contract. Your administration will pour extra time into handling and preventing a crash. You’ll also spend more time keeping the systems operating at the level required for customers to use them. While these tasks may not have an urgency attached to them, they can create an ongoing drain on your resources and staff that take their toll over time.

This effect starts with a few tweaks on the hardware, but it slowly becomes more extensive over time until it becomes noticeable, creating bottlenecks and slowing productivity. And because it grows slowly, your staff may wonder how it all became the burden it is.

This points to the soft costs attached to not upgrading IT infrastructure on a timely basis. While companies often only consider the capital cost of the new system, this represents just one part of the overall cost that’s being compared. The effort necessary to support aging infrastructure is not a static figure, and it can’t be estimated as a set annual cost. For every month that goes by and each upgrade that the team implements, the system slows and demands additional attention.

New opportunities: Even as you consider the time and other resources put into infrastructure that’s hobbling through, there’s more to include in the decision. The added functionality or features available through new technology deliver new options and automation that improve your infrastructure management. Again, these are soft costs, but they translate into better productivity and employee satisfaction.

It’s a good idea to stop thinking of your infrastructure in terms of this year or next year and instead, develop a multi-year plan that incorporates maintenance and other costs into the strategy. To find out more about the benefits of a long-term view of upgrading IT infrastructure, check out this free resource available from TailWind.