Why SDN and NFV Require Offloads 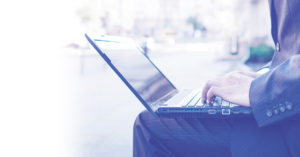 The use of Software-Defined Networking (SDN) and Network Functions Virtualization (NFV) was a promising solution to the stranglehold enterprises experienced related to network hardware. Rather than a vertical stack of pricey hardware, network administrators could access features and configuration settings at the software application level.

Traditionally, networks have relied on a variety of often proprietary hardware solutions that involved a mix of gateways, routers, switches, load balancers and security solutions such as firewalls and antivirus applications. The idea behind NFV was that instead of being tied in with these network devices, operators could support the same functions as a software application, called a Virtualized Network Function (VNF), which would run on a virtual machine or in containers located on a standard server.

This approach was designed to reduce the investment in proprietary network appliances, and to simplify deployment and the management of the network infrastructure. It also aimed to expand supplier choice and allow enterprises to scale out in terms of networking and security approaches.

The drawback: While SDN and NFV promised to lower costs through the elimination of extensive hardware investments, it is unrealistic to expect these technologies to meet the low-latency and throughput demands of the advancing, data-centered network. Significant central processing unit (CPU) power is necessary to support the application requirements.

Enterprises are investing in entire racks of compute power, adding up CPU and server costs, as well as the rack space and power required to support the NFV approach. This offsets any savings measured from removing the need for extensive hardware investment. The anticipation of dramatically lowering the total cost of ownership has not been realized through NFV.

Adding to the problem: The addition of 5G networks will only increase the problem, as the performance and scaling needs will add requirements to mobile networks and complicate the demands on the network infrastructure. The increase in 5G users will also affect low latency requirements.

Offloading as a solution: In order to meet these demands in a cost-effective way, operators are using data plane acceleration based on Field-Programmable Gate Array (FPGA)-based Smart Network Interface Cards (SmartNICs). This technique is able to support the necessary network services by offloading the x86 processors that host VNFs.

SmartNIC acceleration offers the best performance and security of any option for accelerating virtual switching, allowing virtual machines acceleration and guaranteeing traffic isolation through hardware while maintaining the functions of vSwitch.

Making a change to your infrastructure to support NFV can be challenging, but when TailWind is involved, you receive the benefit of certified on-site technician support throughout the process. Contact us to get started.