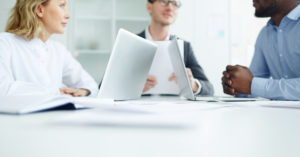 Your wide area network (WAN) is becoming more central to the success of your business objectives. Determining how to best support your various solutions that require real-time connectivity and a high level of reliability may have you contemplating how best to approach networking. Weighing software-defined wide area networking (SD-WAN) versus multi-protocol label switching (MPLS) is a common discussion happening in enterprises across the globe.

While MPLS has traditionally been a reliable pathway for data transmissions, the increased adoption of bandwidth-heavy solutions and the need for agility in networking has led to many organizations adopting SD-WAN. With its virtual overlay that sits on the physical network, SD-WAN allows enterprises to troubleshoot, configure, and handle network security from a centralized dashboard.

SD-WAN can incorporate MPLS lines, but it can reduce costs by also handling broadband as well as 4G LTE and satellite Internet. Each of these options is more affordable than MPLS, making it an attractive strategy for enterprises that want to extend a WAN to multiple sites or for supporting applications with high bandwidth demand.

Consider the features, benefits, and pros and cons when weighing SD-WAN versus MPLS:

An enterprise adopting this networking approach not only saves by replacing some of the more costly MPLS lines but also avoids any initial hardware investment. For example, businesses with several offices that are spread out quickly learn that MPLS lines are expensive. SD-WAN offers network performance at a significantly reduced cost.

SD-WAN also offers configuration benefits, with the ability to fine-tune the solution to offer the Quality of Service (QoS) level your applications require. This may be critical for certain applications, such as a hosted Voice over Internet Protocol (VoIP) solution. The SD-WAN solution can be programmed to automatically choose the best path for your high-priority transmissions, such as those for video conferencing. This QoS setting allows you to avoid dropped packets, jitter, and latency.

SD-WAN also offers simplicity and flexibility. Onboarding a new branch location is quick and easy compared to the process with MPLS, and adding new applications is also simple. SD-WAN is easy to integrate with security applications, and it offers better inherent security features, such as the ability to segment traffic and isolate any potential threat, as well as end-to-end encryption.

The cons of SD-WAN are mostly related to situations where a company may not have enough investment in cloud solutions to make it worth implementing SD-WAN. Switching to SD-WAN could also present some implementation difficulties if there’s a legacy application that the enterprise depends on that is incompatible with SD-WAN.

Not all SD-WAN solutions are created equal. In some cases, you may need additional security solutions to protect the network and systems, so it’s a good idea to thoroughly compare SD-WAN options before selecting a product.

MPLS has been used for decades, and it’s consistently performed as the vehicle for WAN connectivity. It has built-in Quality of Service (QoS), preferentially treating network traffic in its design, meaning that dropped packets are non-existent with MPLS. It also can perform lookups at the next hop, so it doesn’t require multiple routers.

An MPLS solution will come with a service level agreement (SLA) that specifies minimum performance requirements. Unlike broadband plans that may be accompanied with a “best effort” approach, MPLS users know that a certain level of performance is guaranteed.

With MPLS, providers do the heavy lifting

The provider for MPLS oversees the routing, so this burden is removed from your IT staff. MPLS also generally allows the enterprise to require fewer IT professionals for WAN engineering, providing cost savings on IT labor.

The cons of MPLS when weighing SD-WAN versus MPLS generally come down to cost. While it’s certainly not the only consideration, using MPLS can run enterprise costs of several times that of broadband. While MPLS may technically be more reliable, many enterprises find that SD-WAN provides service that’s consistent enough for their needs.

Another potential problem is that with MPLS, you’re relying on the carrier overseeing it. If they’re having difficulty with infrastructure, your service will be disrupted.

Finally, MPLS is not optimized for cloud use. It was around long before cloud solutions were being implemented and it’s simply not ideal for the large-volume traffic flows that come with the cloud.

But, the networking choice is not limited to one or the other

It’s important to note when weighing SD-WAN versus MPLS that they’re not mutually exclusive. Many enterprises use SD-WAN to supplement MPLS use, routing traffic that requires real-time connectivity to MPLS pathways. For video conferencing or other applications that depend on a high level of reliability, MPLS makes good sense. What often doesn’t make sense is using that same MPLS pathway for running email or supporting employees watching Facebook videos on their lunch breaks.

MPLS clearly offers reliable connectivity. The question when weighing SD-WAN versus MPLS, however, is whether MPLS alone is agile enough to support enterprises prioritizing cloud migration.

Contact us at Tailwind for more information about SD-WAN, as well as our high-speed broadband connectivity and on-site certified technician support.