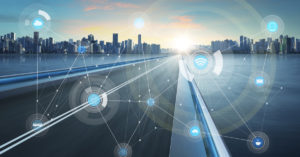 Enterprises are increasingly adopting multi-cloud environments, and as they become more agile, workloads and data are being moved around frequently to optimize productivity, costs, and performance. In fact, IT directors’ jobs are beginning to resemble that of an orchestra conductor, managing software as a service (SaaS), platform as a service (Paas), as well as on-site and legacy systems that continue to play a role in everyday operations. Building a network infrastructure that supports this environment is often a reactive project.

Challenges for the Network Infrastructure

IT efforts are aimed at supporting the needs of both line-of-business managers and development teams that are working to create new instances, but that means workloads are often shifted quickly between different cloud and legacy systems. The ability to mobilize workloads at a rapid speed has its impact, often in the form of pressure on shared on- and off-site services.

In addition, and perhaps presenting more of a challenge, there’s limited visibility into the enterprise Domain Name System (DNS) infrastructure. In order to avoid the problems associated with enterprise DNS infrastructure management, some users and development teams will instead go rogue with Shadow IT and other workarounds that ultimately cause more problems. The lack of clear visibility into the network infrastructure in a multi-cloud environment limits the level of control an IT director can have over the security and performance of a network.

This can also result in costs spinning out of control, as limited visibility makes it all but impossible to determine whether providers are holding to policies and whether the enterprise is vulnerable to security breaches or failing to meet regulatory requirements.

One of the marks of the modern network is its lack of geographical boundaries. The increase in mobile users has eliminated the perimeter and changed the approach for how IT gains visibility into the network. In the cloud era, DNS must make it possible for workloads and data to move between environments while enabling a high level of visibility for network administrators.

There’s a need for DNS that is hybrid-ready and can handle the frequent and fast-moving migration of workloads and data while maintaining control. This is required whether that migration is to an on-premise system or in the public cloud. It must then be able to reintegrate an unused IP address space so that maximum capacity can be supported. No matter where a user is, the network should support security, data integrity, and fast speeds.

If you’d like to gain more control over your enterprise network infrastructure, contact us at Tailwind. With certified on-site technician support and asset management of your existing on-premise equipment, your multi-cloud environment can be streamlined for faster speeds, better control, and more visibility.